It’s All In Your Head, which is all in your body, fyi.

This is one of my healing stories.

This is one of the stories that first taught me about practicing yoga; (being connected in mind, body, and spirit) whether you mean to be or not.

After graduating from seminary in Chicago I was sent to southern California for my first job in a real church.  Maybe some of you were there? 🙂  Shortly after I arrived I bought these two lovebirds. I really do not remember why. Maybe I wanted some company? They’re pretty?  I don’t know.  It’s probably part of the whole healing story, but we’re moving on so come along.

My brief time in California was kind of complicated.  On the one hand, I really loved living near the beach and in the mountains. The congregation I served was full of fun and wonderful, active, and thriving people – and I’m not just saying that in case they are reading this.  Seriously.  And on the other hand I was so very lonely.  I never felt like I fit in to southern California. Add to that some really difficult work dynamics and I was totally conflicted inside myself. My mind was a train wreck.

But, did I mention the beach and the mountains? Seriously, I could be in both on the same day off.  That is bliss.

Back to the lovebirds.  After about 4 months of us being house mates, one of them started to pick at it’s feathers.  And then just kept picking and pulling at the feathers around it’s teeny little body until it only had a little helmet and wings of feathers.  It was hard to look at that poor little bird.  Each morning I would check the bottom of the cage to make sure it was still alive.

I called a vet and asked what might be wrong with the poor bird.  The vet said that if the other bird was fine, then it most likely wasn’t sick.  Instead, the vet said that domestic animals  will sometimes respond to the stress in the home, and that probably this is what was happening.  I was stressing the damn bird out so much, it tore out all it’s feathers and was wasting away. All the while the other lovebird was fat, happy, and full of color and life.

As a metaphoraholic it didn’t take me long to realize that these birds were the bird version of my own mind/body/spirit.  I was thriving, colorful, and full of life.  And I was also anxious, stressed, and checking the bottom of the cage every morning. Sometime after that I realized that I could actually quit this job. It was an option. I didn’t have to stay and figure it all out.

The week before I left, two months later, I gave the two lovebirds to a family from the church.  The two birds looked exactly the same; full of fluffy, colorful feathers. In those two months I saw that bird grow back it’s beautiful feathers and refill on life again.  And I felt it in my body.  I was sleeping better.  Digesting food.  Feeling lighter, more mobile, fluid.

The thing about mental health that makes it such a slippery little stinker is that while it may be all in your head — your head is a pretty huge and essential part of your body.  And more than that, your head controls and sends all the messages to your body.  So if it’s all in your head – it’s going to be all in your body, whether it is obvious to you or not.  But, I do not recommend bringing vulnerable birds in your home just to get a visual of this.

I think this is why sometimes people cry during yoga, or while getting adjusted at the chiropractor, or during a massage.  Or during The Biggest Loser.  This is why depression really does hurt and why having the flu can put you in a horrible, no good, very bad mood. The body is connected to the mind and the spirit, whether you have your yoga pants on or not.

So.  There’s one of my healing stories.  What’s yours? We all got some.

The theme of the retreat this coming weekend is “Yoga for Chronic Life”.  Everyone is welcome, even if you need to just lie on the floor the whole time. That actually is a yoga pose.  You will totally fit in. Be kind to the little bird inside of you.

peace on your sweet head, 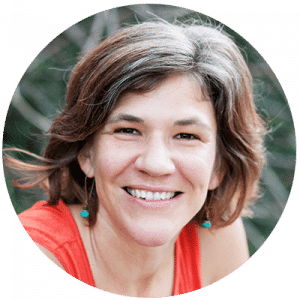